The Report Support Services for Victims of Human Trafficking in Romania and Norway was officially launched in a conference organized on 11 November 2014. The report is part of the project Change and Challenge Improve social services provided to victims of human trafficking, financed through EEA Grants 2009-2014, NGO Fund in Romania. The project is implemented by the Romanian NGO, Association Pro Refugiu, alongside its Norwegian partner the organization Pro Sentret and its Romanian partners Association Global Help, Association Betania, Foundation People to People, East European Institute for Reproductive Health, General Directorates for Social Assistance and Child Protection from 9 Romanian counties.

The aim for developing the report was to describe the current situation in the two countries regarding human trafficking phenomenon and victims’ support services. This knowledge will be used as a starting point to create best practices in the area.

At the event alongside the Norwegian and Romanian partners participated various national stakeholders with competence in fight against human trafficking, illegal migration and victims’ assistance. 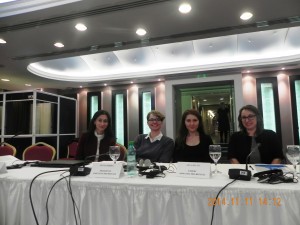 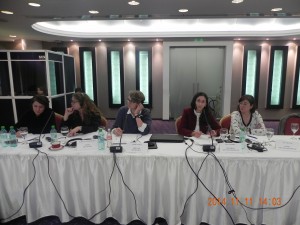